Last weekend, 6 excited Ormeau players made the journey to England to test their skills against some top opposition. The event was the Hatfield Grand Prix and was held at Hertfordshire University Sports Complex, the facilities were top notch as expected in these big competitions. England Table Tennis run around 6 or 7 Grand Prix events every year and each Tournament carries ranking points so you can move up the Bands if you perform well.

Thomas, through some brilliant previous results has earned the right to play in Bands 1 & 2 and has become a well known competitor in the circuit. Thomas topped both his groups and made the ¼ finals of both Bands with some great victories along the way. In the Men’s Singles, Thomas again topped his group and progressed to the last 16 with a win over Top 40 English player Umair Mathour, he eventually bowed out to beaten finalist Luke Saville. Thomas also reached the ¼ finals of the Under 21s where he lost out to James Smith. The winner of this event was Zak Cantor who Thomas actually beat in the Band 1 event the previous day.

Zak had a fine win over Luke Greenfield in his Band 2 group but just fell short of progressing to the knockout stage as he lost two tough matches against very strong opponents. Zak then topped his Band 3 group but lost out to club mate Daryl in a 5 set thriller in the last 16. Zak saved his best stuff for Sunday as he topped his Under 21 group with some fabulous wins over Olly Tindall, Adam Wilson (both 3/1) and club mate Max Skelton (3/0). Zak’s superb run came to an end in the Semi Final against beaten finalist Peter Smallcombe (3/1).

Daryl was probably a little worried when he saw his Band 2 draw but he played some superb stuff and could actually have won the 3 matches he lost! His best performance was probably his 3/1 defeat to top English player James Smith. In Band 3 Daryl topped his group and managed to pip Club mate Zak in the last 16 after trailing 5-1 in the deciding set. Daryl eventually lost in the ¼ finals to the beaten finalist.

Allen won his Band 4 group beating the Tournament top seed along the way and eventually lost out in the Semis after blowing 2 match points! Allen then lost out in his Band 3 group but again blew another opportunity as he led the #1 group seed 2/1 and then threw away 5 match points against #2 group seed Adam Wilson! In the Vets event, Allen topped his group, defeating the Tournament #2 seed in a marathon match and then went on to defeat the Maltese National Coach in the ¼ finals. Allen eventually lost in the Semi final.

James can be vey satisfied with his Saturday as he won Bands 5 & 6 and actually defeated his brother Max in both finals!! It wasn’t plain sailing all the way though as he came back from 2/0 down in the ¼ finals against a very strong player. James didn’t manage to progress through a very tough Under 21 group but played well against top players. James, was actually rewarded with the ‘Player of the Tournament’ accolade due to  his performances and positive attitude throughout the Tournament.

Max will probably be a little disappointed as he lost to his brother in 2 finals but this shows you how much his game has improved in the last few months. He played some fabulous stuff in the Under 21s and won one match out of 3 in another difficult group.

Thomas sent me a quote which I think sums up our weekend. ‘I thought the Tournament went very well for all Ormeau players. We competed extremely well against a very competitive group of players from all around the UK. We also showed good team spirit which was key for all of us to perform well!’ 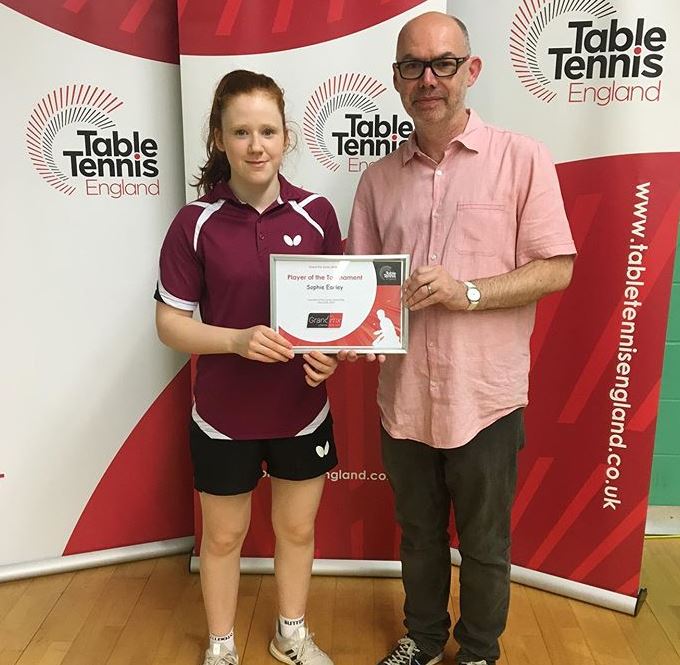 May 27, 2019
Manage Cookie Consent
To provide the best experiences, we use technologies like cookies to store and/or access device information. Consenting to these technologies will allow us to process data such as browsing behavior or unique IDs on this site. Not consenting or withdrawing consent, may adversely affect certain features and functions.
Manage options Manage services Manage vendors Read more about these purposes
View preferences
{title} {title} {title}